Weeds are a problem for flowerbeds because they take the nutrients from the soil and rob it of moisture. In this blog post, we’ll talk about how to prevent weeds in your garden beds. There are many different methods that you can use. Some people prefer organic methods while others choose more traditional approaches like using weed-preventing chemicals or physical barriers.

Nettle and co. tell us a lot about the condition of the garden soil. Correctly interpreted, the indicator plants can even support the gardener in his work. Stubborn root weeds such as buttercups or couch grass prefer to grow on compacted soil. They indicate that the soil needs better aeration. Others, such as lesser sorrel, like acidic soils – here, liming may be in order. If you know what the site is like, you can base your design on it: Chickweed indicates humus- and nutrient-rich soil – the ideal place for vegetable crops in new gardens.

Tips against weeds – completely without chemicals

Even though the fight against weeds is usually an eternal back and forth, in which the gardener seems to win the victory quickly, but the weeds soon sprout again, it can be done completely without chemicals. With some very simple tips and tricks, you can rid your garden of weeds.

1. Cover with mulch and straw

Covering the soil between plants with a layer of mulch or straw will inhibit weed growth. As a side effect, the bed also looks neater. In dry, hot summers, you’ll also protect the bed from drying out quickly, keeping your plants moist longer. In the fall, mulching helps protect plants from frost damage to the roots and also prevents weed infestations in the spring. However, because mulch removes nutrients from the soil for decomposition, you may need to re-fertilize after application.

It’s hard to believe how good such a simple remedy as boiling water can be for weed control. Just pour the boiling water over the plant, which completely destroys the organism. Once the water has dried, the weeds can simply be removed. Ecologically, this procedure is harmless for your garden, however, it is important to remember that small organisms are also killed by the boiling water. In this respect, you should proceed with caution.

3. Do not let weeds bloom

Sustainable removal is the magic word. Do not give the weeds a chance to spread. It is important not to let the weeds, which reproduce by seeds, bloom. If you do not have time to weed, at least the flower heads should be removed. This will prevent seeds from developing. Also, do not put this type of weed in the compost.

Already when you create a new bed, you can do something against weeds. To prevent the growth can be laid weed fleece, on which the new soil for the bed is distributed. Thus, the growth of weeds is inhibited and the moisture remains better in the soil.

A common mistake with perennial weeds is to remove only the top plant, not the deep root. For example, you will see dandelions in your garden every year unless the root is removed from the soil. The remedy is a so-called taproot pruner. With this, you pierce close to the plant, shake the earth a little, and can easily remove the plant with roots.

6. Digging up the bed

If the weeds have taken over, a bed usually needs to be replanted anyway. In this case, you should make the effort and dig up the whole area. Even if this means an exhausting afternoon in the garden, the work has positive side effects. Not only do weed seeds and roots disappear underground, but the soil is also loosened and aerated. Rainwater and irrigation water are better absorbed afterward.

Once the joints between path slabs are infested with weeds, things get difficult. The gaps can be cleaned well with joint scrapers or a knife. If you like it less strenuous, you can also flame the weeds. Once the paths are clean, regular sweeping (street sweeper with hard bristles) can keep the weeds away.

8. Foil or paper on the bed

All plants need light to grow. Without this vital source of energy, weeds can not sprout. So if you have some time and do not want to use your bed immediately, you can lay out a dark foil and weigh it down with stones at the edge. Covered in this way, you prevent the growth of unwanted weeds.

If you, as an amateur gardener, do not want to constantly kneel on all fours on the bed, plucking and plucking to fight against the weeds, you can plant various ground covers in the bed. Suitable for this purpose are, for example, cranesbill, periwinkle, or golden strawberry. These plants after some time form a dense carpet and are also decorative.

10. Weeding during cloudy weather and a new moon.

The best time for weeding is during a very dense cloud cover. This is because just a few rays of sunlight are enough to stimulate the growth of seeds and root remains of wild weeds. Some gardeners also swear that weeds could be removed most effectively around the new moon because according to the lunar calendar, growth is inhibited during this time. 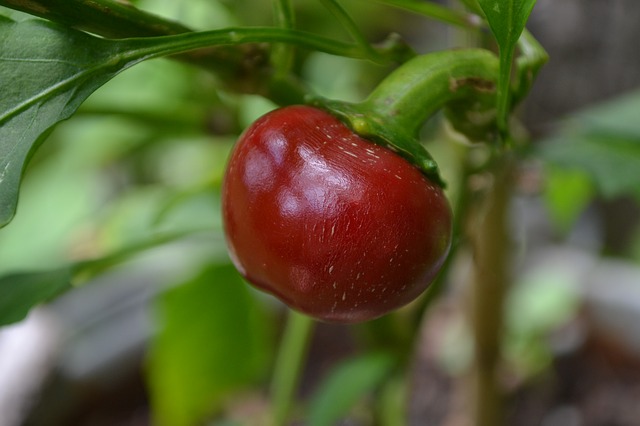