Raising pigs sounds like a difficult task, but in reality it’s one of the easiest on a farm. The difficult aspects of the process is deciding which breed to get, at what age, and what to do with the pigs once they mature.

Many people want to have pigs on their farms for the possibility of having fresh bacon or pulled pork at any given time. The mistake these folks do is that they go into it headfirst, without proper research, and they soon realize the venture is not for them. Read on to learn a few tricks nobody will tell you, to help you make an informed decision!

Find and Buy the Best Piglets

Regardless of the reason you want to raise the pigs for, make sure to purchase piglets. But before you do that, do a little research on their breeds, as not all of them behave, grow, or taste the same. The price for a piglet will depend greatly on breed, but also on age. We’ll talk later why their breed and age matters.

It’s not recommended to buy the sow and plan on mating her later on. It’s also a bad idea to buy a boar. Adult pigs are generally more aggressive and you also don’t know what they have been fed before you got them. With piglets, you will have the possibility to give them the best diet you possibly could, which you should do especially if you consider raising pigs for meat.

It’s also recommended not to buy more than a pair, regardless of their gender, especially if you never dealt with pigs before. It’s best to have them both of the same gender to avoid them mating. This way you’ll figure out if having pigs on your farm is something you can handle or not. Additionally, the costs to take care of them will also be lower.

Before buying, do a little research on the breeder, because you’ll want a reputable one, just like with dogs and cats. This way you’ll know who to call in case you have questions or just need some help. You can also be more certain your pig doesn’t have hidden illnesses or other unwanted issues.

Age of the Piglets

Most piglets are sold at the age of 6 weeks, but at this point in their life they still need to nurse. Because of this, you’ll need to figure out what feed these still growing pigs. Piglets weaned too early need a started feed that costs more. If you don’t want to give them the special diet, you’ll have to make sure they receive all the nutrients and minerals they need, in adequate quantities, which can be challenging.

Buying them at about 8 weeks old is the best, as this is when they get weaned. At the same time, they managed to get all the antibodies from their mother, and this means they’ll be healthier than those separated from their mothers at an younger age.

You should know that these older piglets might cost a little more than the younger ones. The reason is easy to figure out and understand: the seller had to care for the sow for longer and he wants to make up for the costs. He also knows the pig will have a much better health and give better meat.

Given their size, one can imagine how strong pigs are. Clearly, the more livestock you have, the more space you’ll need, so do keep this in mind before starting with your homestead pigs. Additionally they’re pretty good at escaping their enclosure.

It’s no wonder you’ll need to provide them with a lot of space to move as well as very good and strong fencing to keep them in.

Pigs are strong and they can easily dig under fences or simply ram through them.

This is why a very good and strong fence is a must. To stop their pigs from doing this, many farmers recommend electric fencing for the enclosures. These animals are intelligent and they learn quickly not to go near the electrified areas. This is especially true for piglets. However, for this type of fence to be effective, it needs to be set up correctly.

The size of your farm is an important aspect if you want to avoid feeling the smell coming from the pigs’ pen. Additionally, you’ll want to ensure your neighbors will also not get disturbed by it. Check your local laws to find out what’s the minimum distance between the pigs’ den to a house if you want to avoid any legal issues.

Keeping the pigs in a single spot can lead to them rooting it, and this is something you’ll want to avoid. Some farmers like to relocate their pigs quite often around their properties, based on the season just to avoid rooting. However, they always make sure their animals will always have proper shelter from the elements when they need it.

Another way of getting around rooting the soil is to always have their place covered with fresh and clean straw. Straws will also keep the pigs themselves cleaner.

If you wonder what to feed pigs, don’t for they’ll eat anything, though pastries may not the best thing for them. However, they need a lot of food, and specialists advice some 7 pounds of food per 30 pounds of pig. The heavier the pig is, the more food it will need and want. Depending on how many animals and space you have, this can turn into an expensive adventure.

There are of course several cheap ways to feed such an animal. Many farmers feed their with table scraps, corn, diary, as well as day-old bakery goods. Many bakeries will be willing to sell you their left over stock for really cheap. Some farmers will stay away from corn because it easily fattens these animals. Foods that are about to expire in supermarkets, are another very good source for pig food.

While there are many items pigs enjoy, deciding how to feed them is another issue. There are 2 options: leaving food for them in a place where they can eat from at any time, or feed them a set amount at given times throughout the day. Both come with ups and downs and the choice is more of a personal preference.

You’ll however want to make sure they have access to fresh water at all times, and even more so in the hot months. This will be a problem with a flimsy, not stable water feeder: pigs will turn it upside-down in matter of seconds for their beloved bath.

The health of the pig goes a little further than making sure they received all the antibodies from their mothers, eating the best food and having the best environment.

Pig owners should really consider vaccinating their animals against a series of illnesses that can also affect other animals on the farm as well as the humans getting in contact with them.

Just like with humans and dogs, the vaccines for pigs also have a time when they should be administered for the best results. Having a vet specialized in farm animals is the best route in this regard. You should know that if you plan on selling the pig for its meat and it becomes sick, you might have to destroy it, a it becomes unfit for consumption.

When raising hogs, castrating the males is something that has been done for many years and today turned into a debate. This was especially done to the pigs raised for their meat, as to avoid boar taint – a specific meat scent and taste that not everyone likes. Castration can lead to a pig that developed more fat than the boars.

Animal rights activists try to persuade the industry to stop this practice. The downside to it is that a non-castrated pig will have to be slaughtered at a lower
weight to avoid the boar taint, especially in their pig breeds for meat. This means farmers will get less money when selling their pork. This is not something they’d want, considering the time and effort put in caring for them.

You should be warned that your pigs could mate before the age of 8 months when they generally reach the age of slaughter. Castrating can be stressful for both the animal and for the person doing it. There are solutions that can calm down both parties, and some of them are made of natural ingredients.

Your vet might want to give you medication against intestinal worms as well, as pigs can get these easily. If there’s not much you can do about vaccination, you actually have natural deworming remedies. The best of them is garlic which you probably already have available on your farm. You want to use this solution, don’t add more than 1 pound of garlic to 1 ton of food.

Like mentioned earlier, different breeds behave differently and are raised for different purposes. They also have slightly different needs when it comes to feeding or even fencing. Some of the best pigs for meat are: American Guinea hog, Tamworth and Gloucester Old Spot. These breeds are also more tame than other breeds, making them a pretty good choice if you want a pig-pet.

You should know that some breeds face all weather conditions better than others, and this is an important aspect to consider when buying. Some types of pigs also grow slower than others, while butchers might offer less for certain breeds compared to others.

Depending on your purpose to have pigs on your farm, you might want to have them registered. This is especially important when it comes to the rarer breeds.

Registration will be particularly useful when trying to further breed your pigs, or even sell them.

One of the pig raising basics to know is that they have different requirements based on season. On top of this, breeders can even expect each of their sows to have 2 litters each year. Don’t be surprised to hear people saying they prefer to have pigs in winter over summer, or vice-versa. Each season has advantages and disadvantages, and there’s the possibility to have them year round on the farm.

In summer you have to provide them with plenty of water as they like mud baths, but in winter the water freezes. They’ll also need proper shelter from the elements in both seasons, especially to protect them from the scorching sun or from the frost.

For all weather conditions, straws are a must, especially because it helps them stay warm in winter and cleaner in summer.

Some farmers like to place the pigs’ den in their gardens, in winter, as they help with tilling the soil for spring. You might also want extra pigs in winter, depending on how cold it becomes. By doing so, you help them keep warmer than if there was just one or two of them.

We tried to cover some aspects that beginner farmers don’t take into consideration and end up making plenty of mistakes. You should still do more research, only on the breeds and laws regarding pigs, but also butchers, restaurants and stores willing to buy from homesteaders and what are the prices they are willing to offer or ask for.

If you want to have the meat pig for your own consumption, you’ll have to pay a butcher to have it properly slaughtered. The butchering process is pretty easy and straightforward if you’re a quick learner. The difficulty comes from the fact that it lasts at least 3 days. 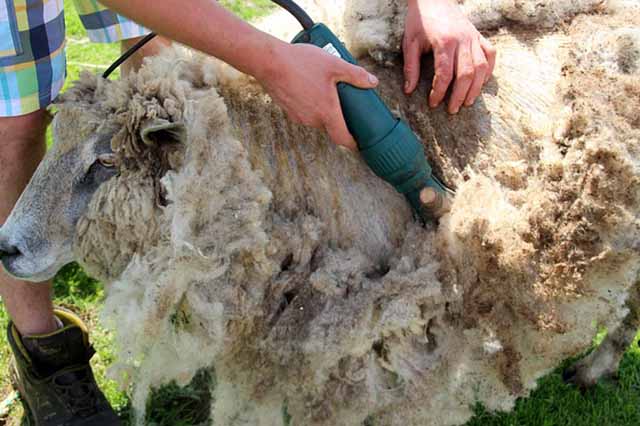