If you are a chicken owner, you must be familiar with the pleasing element of colored eggs, specially the magic of having an assorted bunch of eggs in a basket. Besides the regular white and shade of cream, there are chickens that lay al sorts of wonderful hues including pink, green, blue, and brown. The difference in the genetics of the bird is the influencing factor behind the color of their eggs. There are numerous chickens that lay colored eggs depending on their breed.

To get you a quick insight, below is a list of 10 chicken breeds that produce colored eggs

This breed gets its name from the region where it’s known to have evolved. Coming from Chile’s Araucana region, the chicken produces stunning eggs in shades of blue. However, they are popular not only because of their colored eggs, but also their unique appearances. The bird misses the typical tail and comes with a peduncle, which is a tuft of feathers lying close and tight to the ears.

Looking quite similar to Ameraucanas and Easter Eggers, this breed lays up to 200 eggs in a year. It is recommended to order araucanas from a hatchery as they can be tough to hatch in a personal farm. The reason behind the same is that these chickens have lethal genes kill a large number of chicks even before hatching.

When it comes to colorful chicken eggs, Easter Eggers is perhaps, the most popular breed among most people. While majority of Easter Eggers yield eggs in a blue tone, but some also lay eggs in a whole variety of colors. Each bird can lay up to 250 eggs in a year and the breed seems to be a cross bwtween any brown and blue egg producer. The fact that they are a hybrid implies that their genetics aren’t necessarily standardized always.

You can get various colored eggs if you have a flock of these birds as an individual chicken produces a single color. Apart from blue, the chickens can lay pink and green eggs too. Those who are looking to build a single-hued festive egg basket should go for some other variety of chicken.

Laying lovely blue colored eggs, Ameraucanas are actually a descendant of the Araucana. They were bred with a vision to eliminate the lethal unhatched chick-killing genes present in Araucana. That’s why they were developed as a combination of Araucana and another breed. The bird is marked by a unique appearance featuring a beard, close muffs, a pea comb, and tufts of feathers. They can produce around 200 blue or sometimes, green eggs each year.

Famous for being wonderful foragers, the Light Sussex are perfect to keep as pets due to their docile, alert and fun-filled behaviour. They lay beautiful pink eggs that are so pleasing to look at, while producing around 250 eggs each year. Typically, considered as the classic backyard chicken breed, they are gorgeous in terms of appearance.

Cream Legbar is actually a crossbreed between Barred Plymouth Rocks, Araucanas, Cambars and Leghorns. The modern 20th-century chicken breed cane into existence in the late 1900s and is quite delightful to be around. Cream Legbars come with cream feathers and can produce 200 brightly colored eggs in a year, mainly blue-green or blue eggs. Also, these chickens don’t have lethal Araucana chick genes in their genetic system.

Producing beautiful chocolate brown eggs, Marans are mostly raised for their lovely eggs. The dual-purpose breed not only yields great-in-hue eggs but also makes a decent number of them. In fact. global chefs have termed Maran eggs as some of the best in the world. However, what makes them unique is that the eggs of one bird may differ from another marans in terms of the shades and tones. Also, an older hen lays eggs a little lighter in color than a younger one.

Barnevelders is a breed that was developed 200 years ago as cross between Brahmas and Cochins with an imported Asian breed. It gets its name from Holland’s Barneveld region as it’s native to the area. These chickens produce lovely rich chocolate brown eggs and are prized good for the great eggs. The bird looks fabulous with its double-laced feathers that can feature combination of buff and white, black and white, or a blue and green hue.

The special thing about this chicken is that it has some auto-sexing varieties, with variants including dark brown, silver, partridge, blue, barred, and chamois types. A classic breed loved by most breeders, Barneverlders were added to the American Standard of Perfection in 1991.

Native to Holland, Welsummers are a heritage breed lay dark brown eggs that are marked with tiny speckles too. The speckles make the eggs quite unique and lovely with a mottled appearance. The breed can survive in both cold and hot temperatures, while being one of the most intelligent and obedient chickens. It’s surprising that Welsummers can lay up to 200 eggs in a year which makes them awesome foragers.

Known for laying amazingly beautiful eggs in a creamy hue, Dorking chickens are equally cute to look at. These sweet birds feature short and squat legs with five toes, dating back to the Roman Empire when it comes to the origin. This also makes them one of the oldest chicken breeds out there.

This lovely breed thrives in warm weather and lays very rich colored eggs. The Penedesenca chicken is marked with a small size and a large comb, mainly known for bright chocolate brown eggs. The breed was developed in the early 20th century, specifically in Catalonia’s Spanish region. The skittish and highly alert nature of the chickens is what makes them stand out. They are good to have around at times, but this breed isn’t really the kind to keep as pets.

Loads of people love the idea of preparing colored egg baskets for the festive season. That’s why, some breeders or farm owners are interested in keeping chickens that produce colored eggs. While there’s not much of a difference when it comes to the nutritional value of different colors, they are surely oh so appealing to look at! 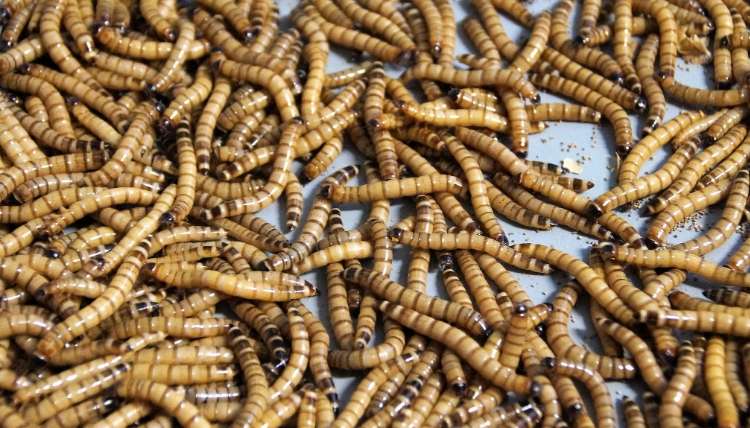